Surname Maps for the MACFADDENSULLIVAN Surname in Ireland 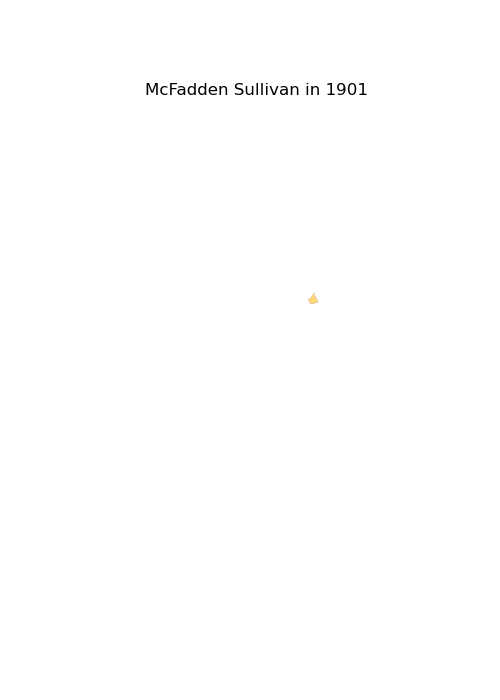