Where in Ireland does the family WALLACE come from? Is WALLACE a common surname in Ireland?
The maps on this page are based on the 1901 and 1911 census of Ireland, the data for which is available here: Census of Ireland. 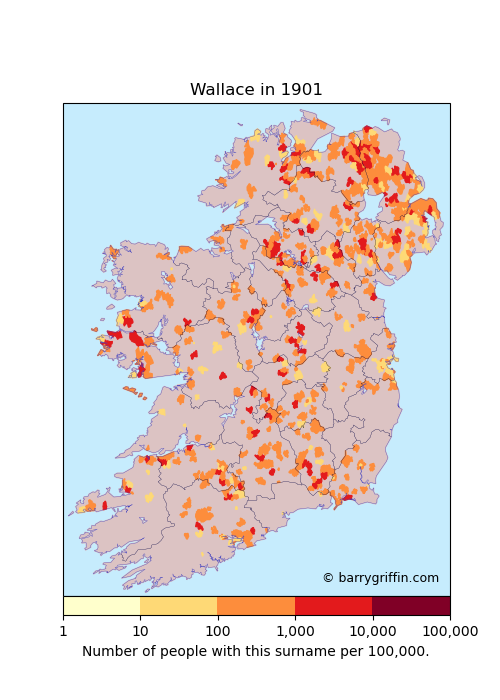 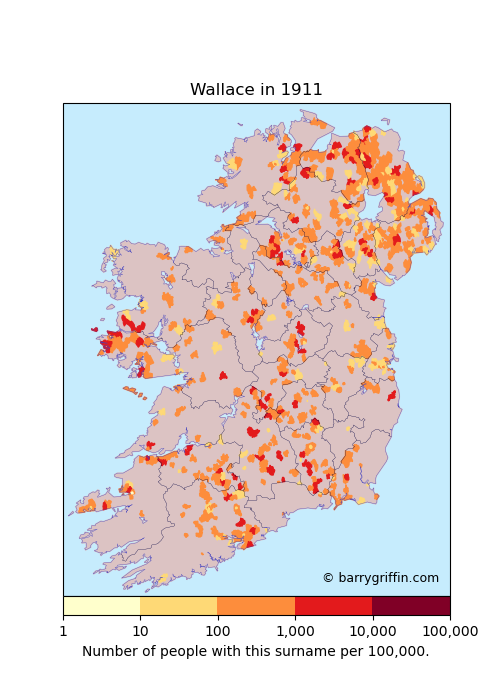 The Rev. Patrick Woulfe provided lists of surname associations for Irish surnames in his book Irish Names and Surnames. Below is a list of these associatations for the surname WALLACE.

The Dúchas Surname Index is a set of surname associatations compiled as part of the work of the Irish Folklore Commission. Below is a list of these associatations for the surname WALLACE. This is not an authoritative index but it might help you to find both the Irish language version of your surname, if one exists, and also help in finding alternative spellings of the name in question. You can learn more about the index here: Dúchas Surname Index. 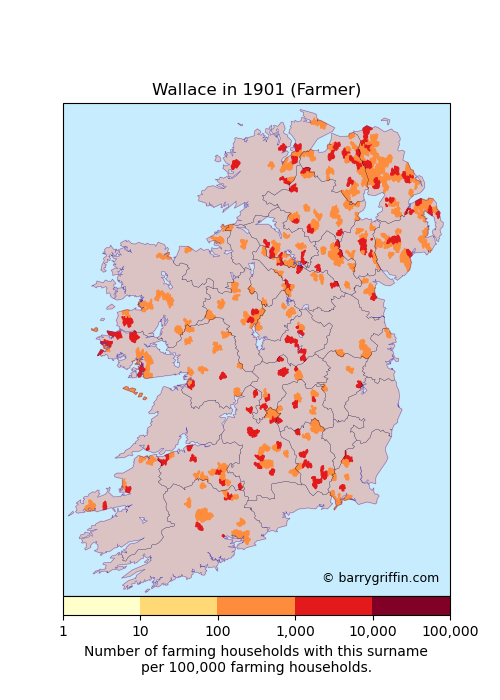 Map shows the percentage of people with the surname WALLACE who are Catholic in each locality. 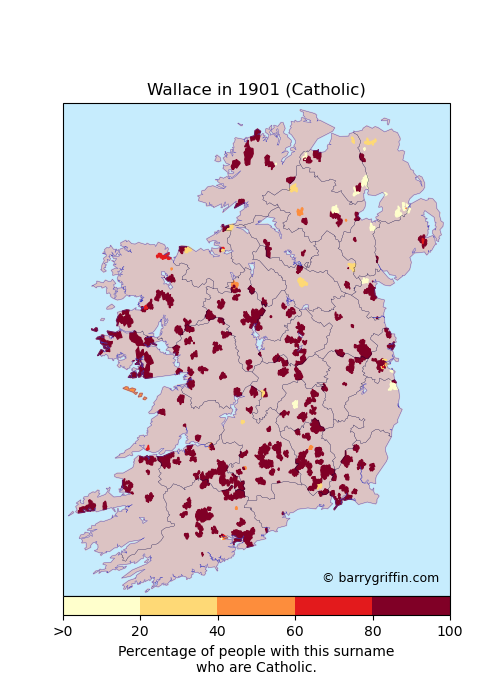 Map shows the percentage of people with the surname WALLACE who are Presbyterian in each locality. 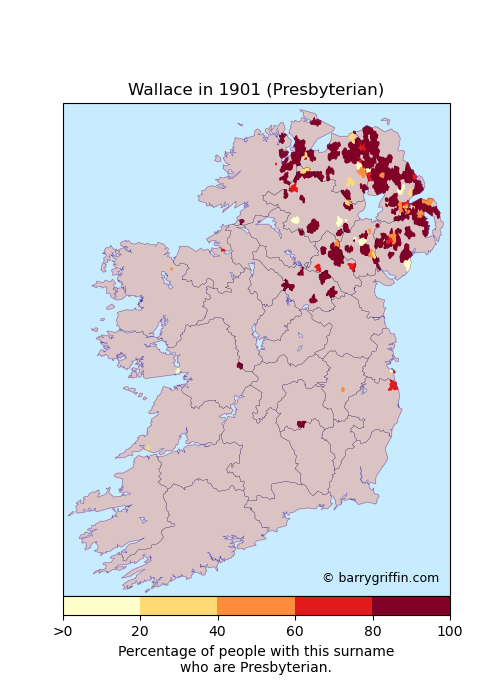 Map shows the percentage of people with the surname WALLACE who are Anglican in each locality. 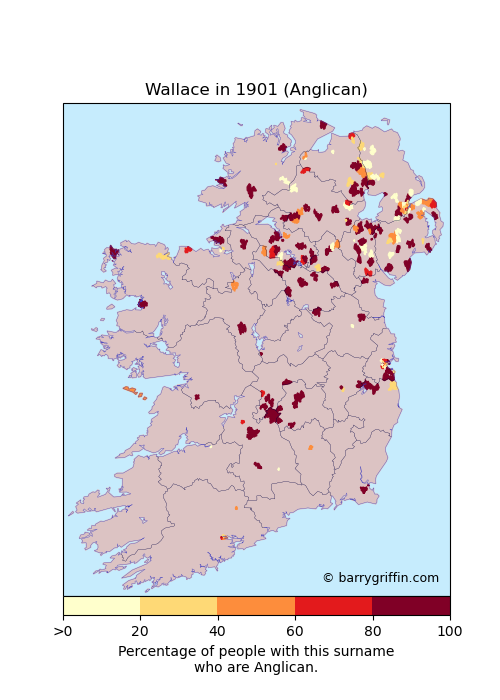 
Patterns associated with the WALLACE surname