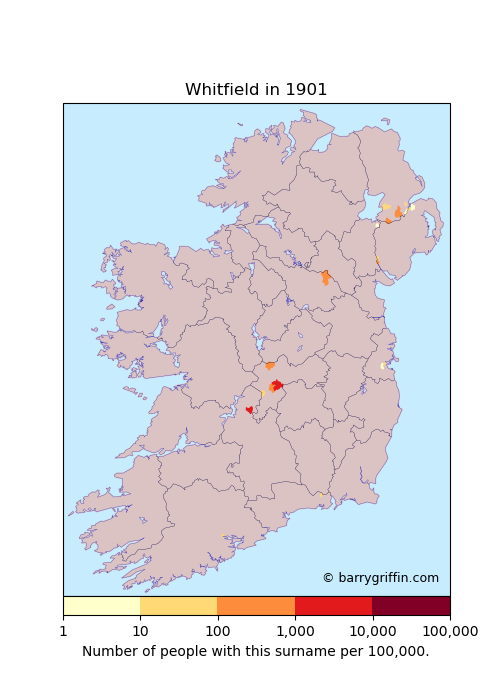 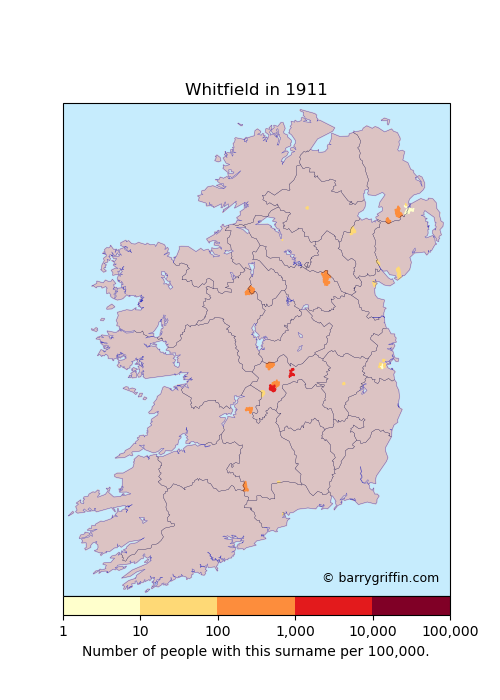 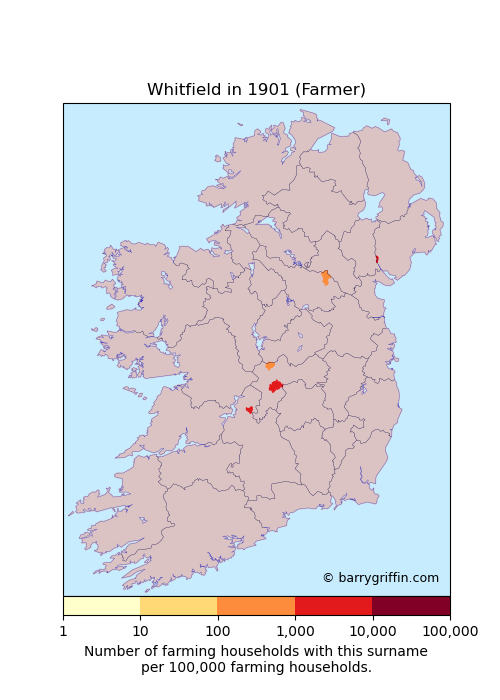 Map shows the percentage of people with the surname WHITFIELD who are Catholic in each locality. 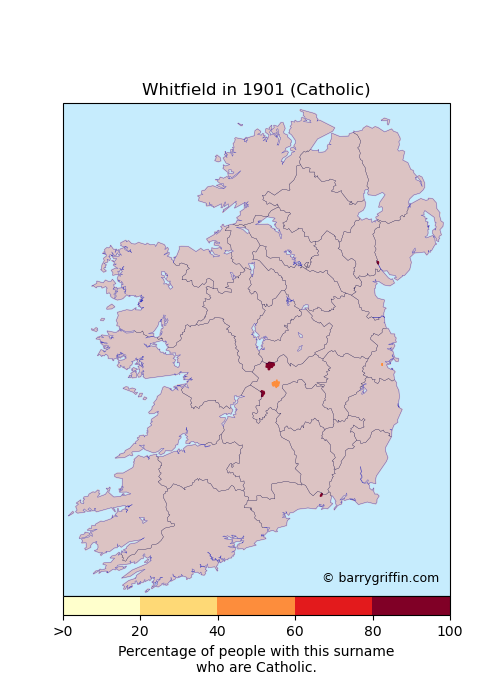 Map shows the percentage of people with the surname WHITFIELD who are Presbyterian in each locality. 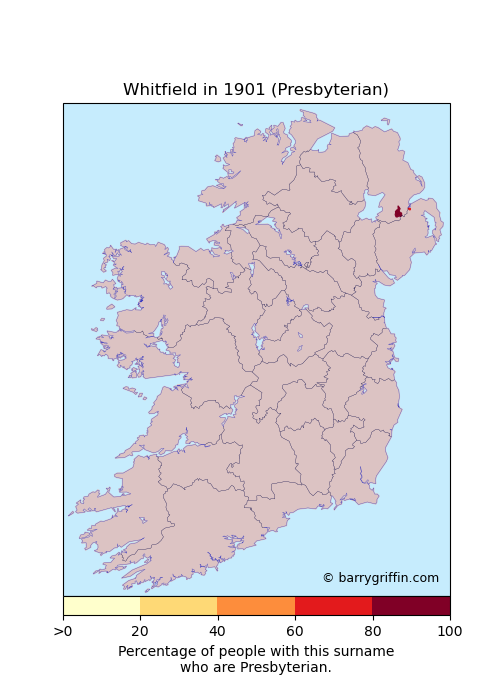 Map shows the percentage of people with the surname WHITFIELD who are Anglican in each locality. 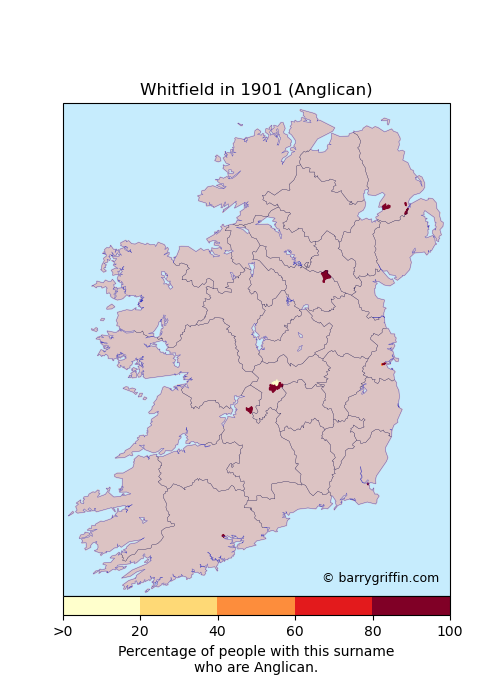 
Patterns associated with the WHITFIELD surname