Where in Ireland does the family STEWART come from? Is STEWART a common surname in Ireland?
The maps on this page are based on the 1901 and 1911 census of Ireland, the data for which is available here: Census of Ireland. 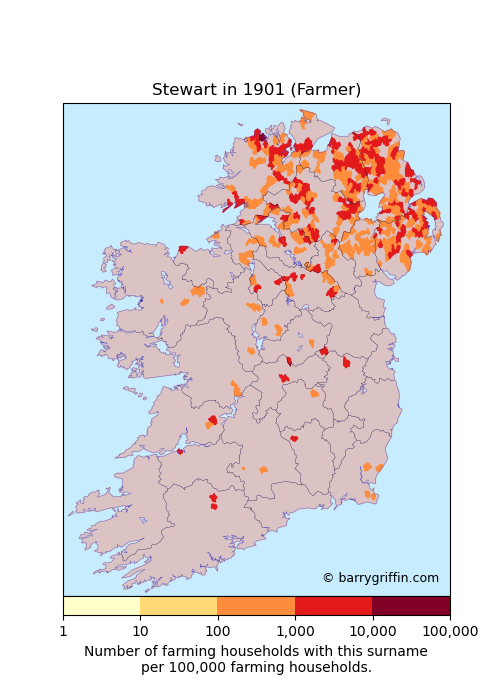 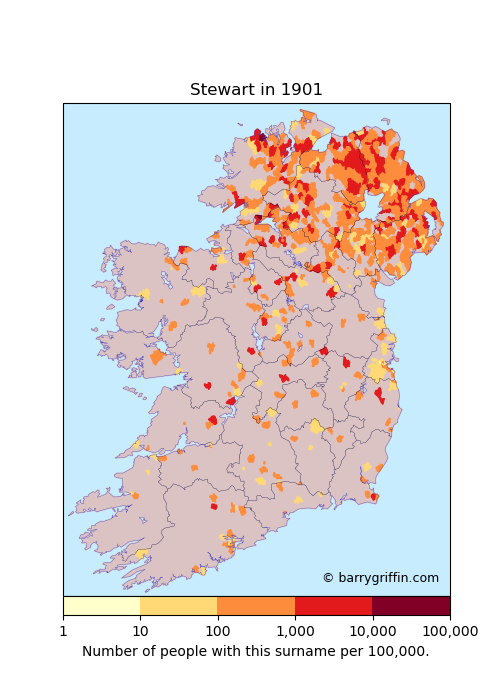 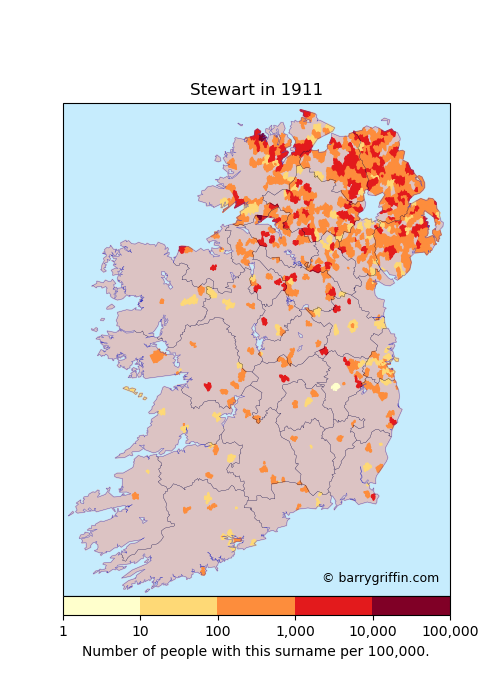 Patterns associated with the STEWART surname