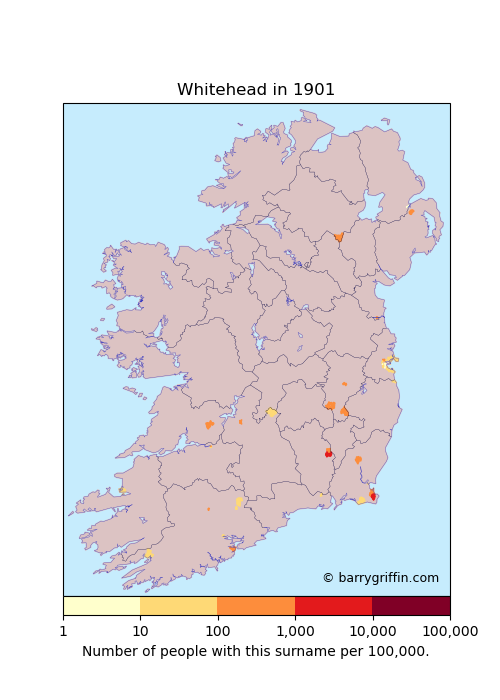 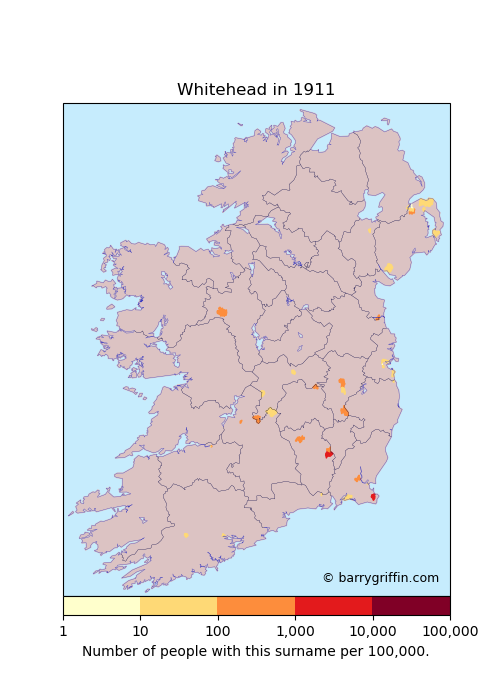 The Rev. Patrick Woulfe provided lists of surname associations for Irish surnames in his book Irish Names and Surnames. Below is a list of these associatations for the surname WHITEHEAD. 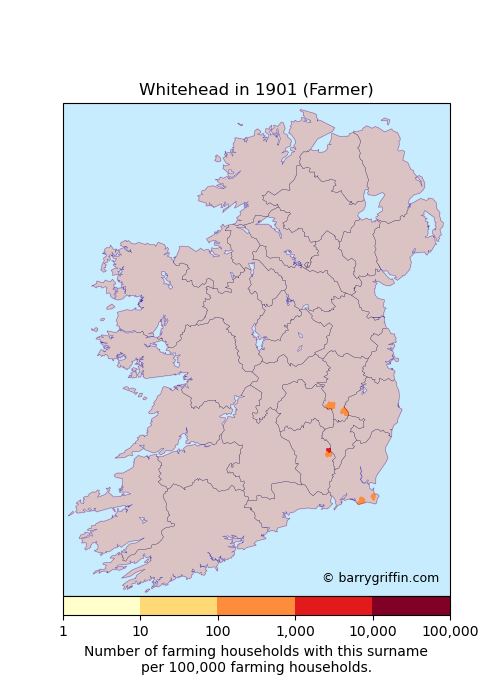 Map shows the percentage of people with the surname WHITEHEAD who are Catholic in each locality. 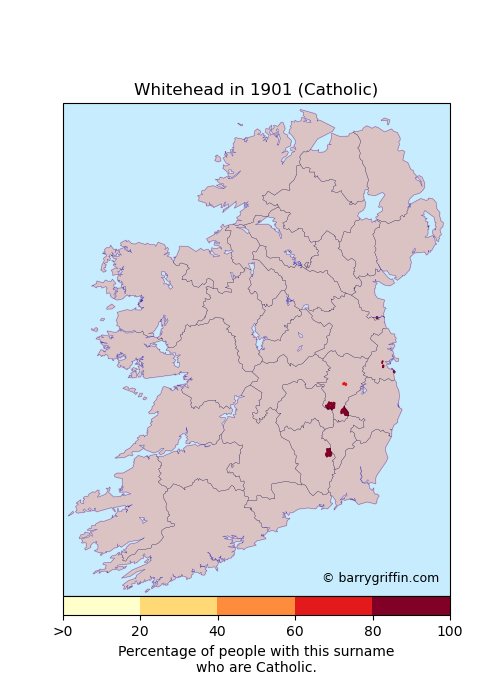 Map shows the percentage of people with the surname WHITEHEAD who are Presbyterian in each locality. 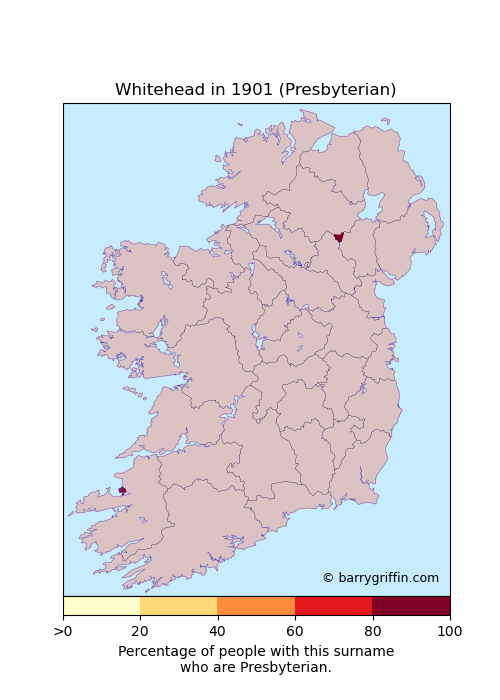 Map shows the percentage of people with the surname WHITEHEAD who are Anglican in each locality. 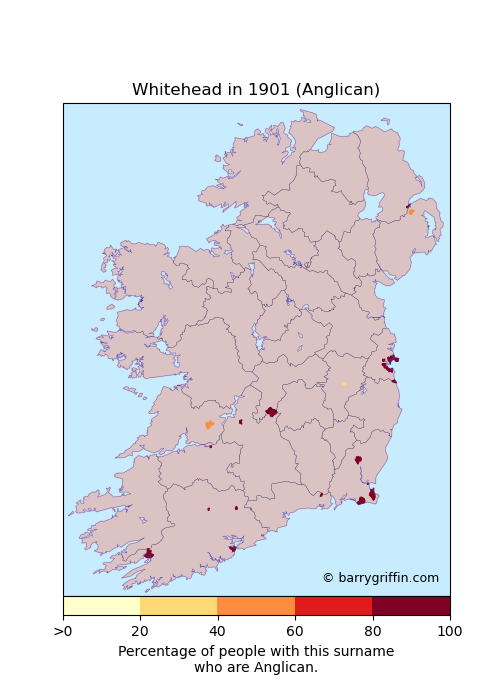 
Patterns associated with the WHITEHEAD surname